“This project was part-funded by the Department of Rural and Community Development and Longford County Council under the Town and Village Renewal Scheme 2019”.

For nearly three centuries the land of Ireland was owned by a landlord class, nearly all of English or Scottish origin, who rented it to tenant farmers, the majority of them native Irish. By the 1870s the land of Drumlish-Ballinamuck, about 12,000 acres, with a population of 4,500, was in the hands of some 12 landlords, and farmed by more than 1,000 tenants. The major landowner locally was the 7th Lord Granard, who in 1871 had an annual rental income from his Co Longford estates of £7,000, the equivalent in today’s money of €1,000,000 euro.

In the 1870s a series of events led to the Land War in Drumlish – Lord Granard’s indebtedness, a run of bad summers leading to poor crops, tenants’ inability to pay rents, the landlords’ decision to evict tenants for non-payment (Lord Granard was not the only one, but these events arose on his estate) and to replace them with paying tenants.

By the end of the 1870s there was a nation-wide organisation in place to fight landlordism throughout Ireland. Its leader in the Drumlish area was James Mc Donnell of Melkagh. He played a major role in organising the events which followed.

When evictions took place, it was under police escort, and on 12 January 1881 a court official attempted to serve notice of eviction on Thomas Rogers of Derawley. He was prevented by a large crowd of local people who were soon joined by greater numbers from adjoining parishes. The local police called for reinforcements from Longford town and were joined next day by cavalry from the Barracks in Longford. Bloodshed was avoided by the intervention of the local parish priest, Fr Tom Conefrey, who persuaded the tenants to disarm (all they had to oppose the armed police and military was farm implements) and the police and military to withdraw. The eviction notice was not served.

Soon after, 85 local men were arrested and 10 were sent for trial but later released without penalty. In 1882, several local landlords, backed by superior force, carried out 300 evictions for non-payment of rents. The evicted families were helped by the Irish Parliamentary Party, the Ladies Land League (the Land League having been made illegal) and private charity. Most returned to their homes when the arrears were paid from these sources.

Throughout the late 1880s changes in the law slowly brought about a system of fairer rents and some security of occupation. As time passed, the law made it possible for the tenant-occupiers to buy their farms with loans given by the Government. By 1903 nearly all  had become owners of their farms and 300 years of serfdom was at an end. 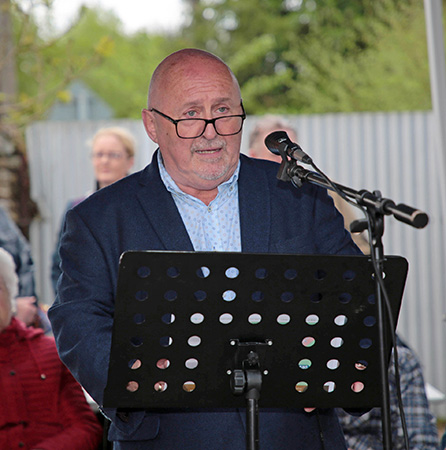 Terence Dooley – Professor of History, Maynooth, who launched the Panels. 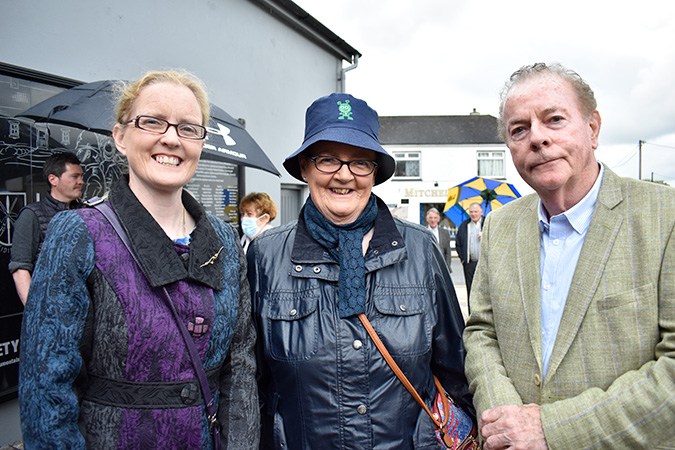 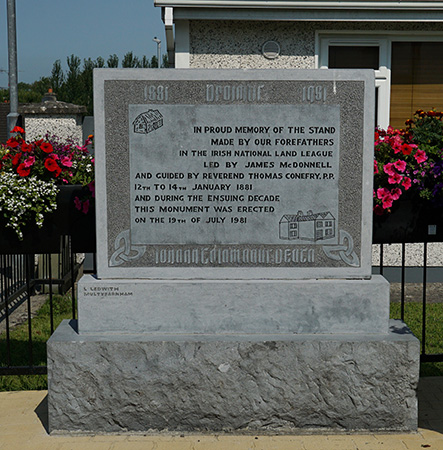 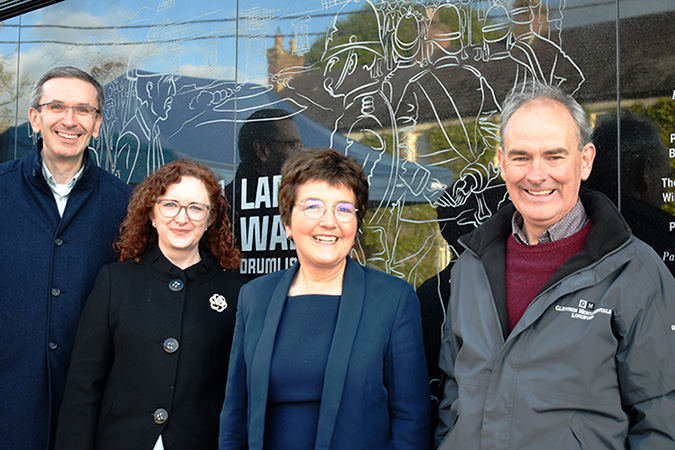 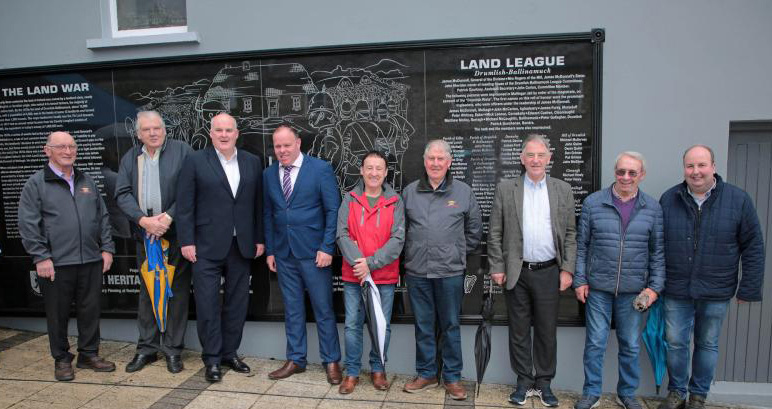 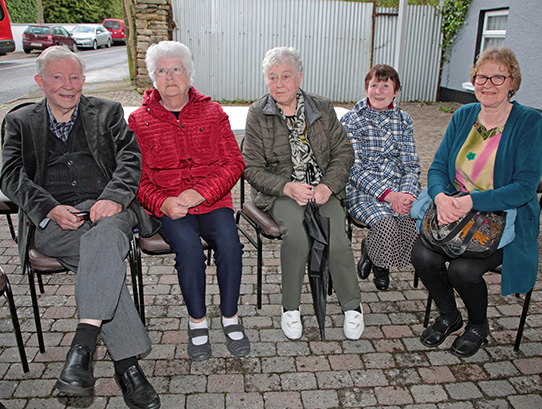